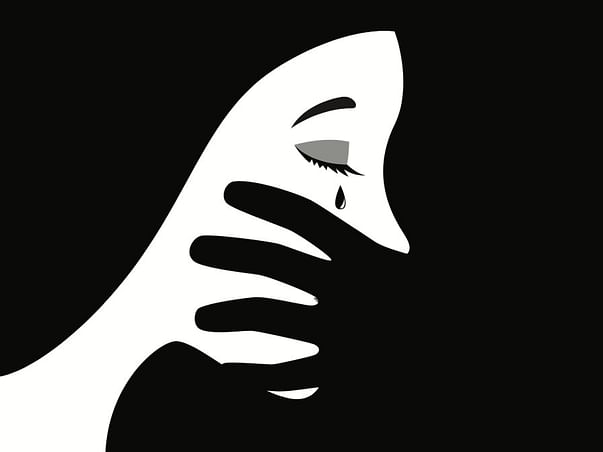 Share
It's not okay to be sexually abused, mentally harassed, and being beaten up every day in the life.
Fighting it alone is only gonna prolong one's suffering...

(Identity kept confidential as per Supreme Court Victim Protection Guidelines)
S- A middle-aged woman,  mother of two daughters aged 14 and 16 is fighting for justice for herself and her daughters from her own husband.
"S" is a hardworking housemaid who used to work at several homes to earn a daily living for her family. Her husband is a drunkard and mentally unstable, he regularly assaulted "S" sexually, physically, and verbally to get money for alcohol on a daily basis. Due to her illness, she was not able to work properly even before the pandemic, and during the pandemic, she lost her work completely. Which gave raise to more brutality from her husband.
He even threatened and beat her own daughter for more money from her.
No one was there to help her, to make her suffering disappear.
"S" tolerated all forms of abuse but then something happened which looks cliche in movies, but is terrible and traumatic in reality  - S's husband crossed all the limits of humanity and assaulted both S and her daughters with the intent to kill. By God's grace, everybody in her neighborhood came when she shouted.
"S" tried her all to protect herself and her daughters, but was regularly harassed and abused by her husband until it became unbearable and dangerous for her to live under the same roof.
She with the help of few people who cared about her has managed to lodge an FIR.
In her current situation, it is very difficult to sustain without being financially sound, along with a pile of debt.
She is unable to pay the rent for accommodation or the needs of her growing-up daughters.
She needs monetary help to meet her needs on a monthly basis, pay off some debt she's in, and with your help, she perhaps would be able to afford a decent education for her daughters and gift them and herself a new life.
Utilization of funds-
This fund will be utilized in solving their livelihood expenses like monthly rent of Rs. 10,000 and grocery and other expenditures of appx Rs. 7,000 a month until she finds a job.
Also, the funds will be utilized in the girls' education as the elder daughter wants to be a teacher.
They have a heavy outstanding loan of appx. 2.5 lacs and the lenders are knocking on their doors every now and then.
Every single rupee donated is counted, even a very small amount from your side will make them get into a safer and better environment.
It's devastating being a witness to such monstrosity, and that too when it comes from one's own family.

but,
HUMANITY IS NOT DEAD, WE ALL CAN SURELY HELP HER IN THE BEST WAY POSSIBLE THAT WE CAN.