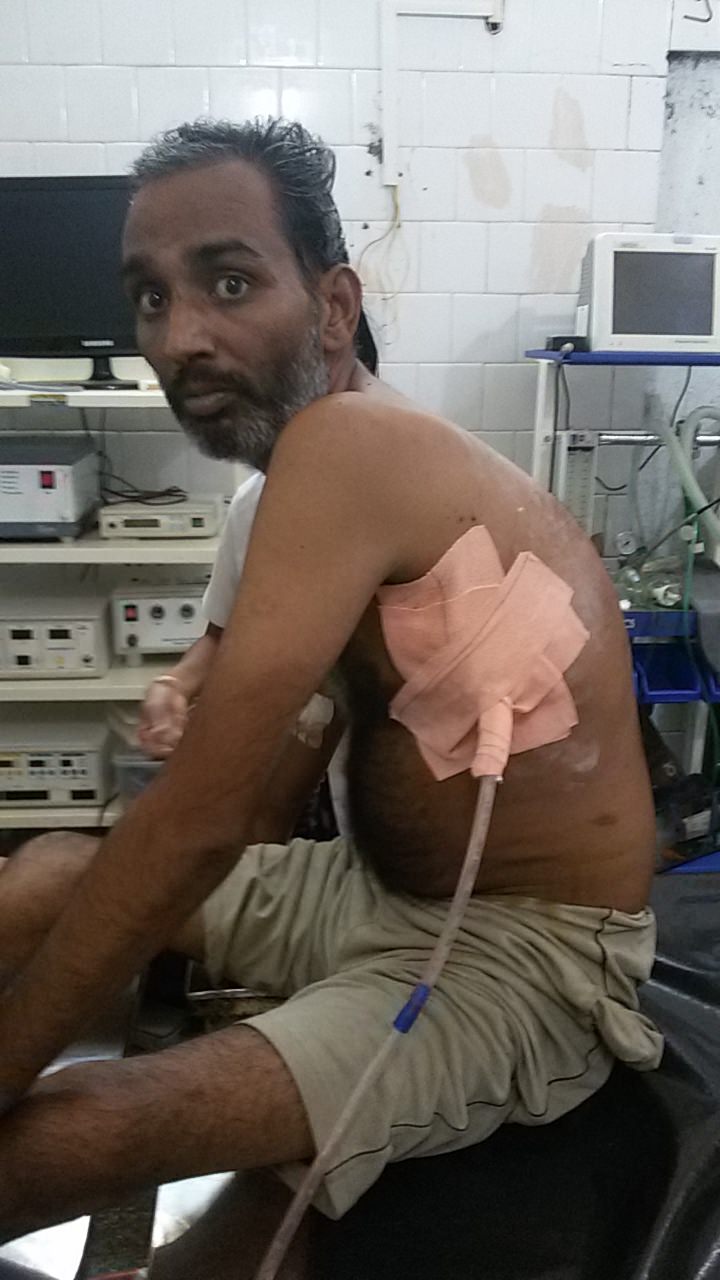 Rajeev gaur, age 38 years, resident of Ludhiana punjab. He is suffering from Tongue Cancer-Stage IV.His experience at the Christian dental college at Ludhiana -punjab was terrible.What he considered was Ulcers and was being treated by a local Doctor, refused to go.On advise of some friends he went to the Hospital and had a Biopsy done.In May 2016, it was diagnosed as Tongue cancer .Rajeev is a bachelor, and was addicted to Tobacco, Beedi smoking and alcohol for almost 20 years.
He has worked as an accountant in local market for 10 years.He has one brother and one sister Vandana . Brother also works on Daily wages in market.After reading a report in newspaper he came to us . He has has been out of a job since past six months. The family runs as his younger brother.earns around 7500/- per month which is not sufficient to take care of the family too.
.Today Drained 1Litre pus from the chest.MRI and chest X ray has been done.Please come forward to support Rajeev  for chemotherapy.His brother sanjeev  phone no.9501399143