Dance Teacher’s Young Daughter Is Battling Severe Blood Disease | Milaap
This is a supporting campaign. Contributions made to this campaign will go towards the main campaign. 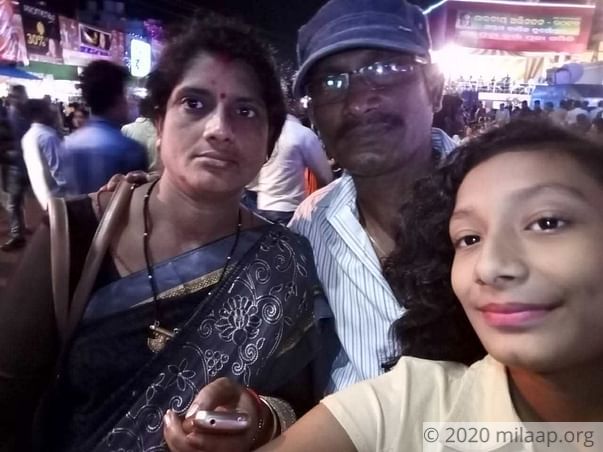 Anwesweta grew up watching her father, Krushna Chandra, teach little children freestyle dance. Nothing gave her more pleasure than singing along and matching steps with them. Dance had become an integral part of her life – whenever she had a bad day at school, she would come home and tap her feet to the lively music. It always made her feel better. But ever since she was diagnosed with a severe blood disease recently, she has become a completely different person – not only is she not active anymore, she refuses to talk to anybody and keeps to herself. The weakness has taken over her mind and body, and her father is desperate to get her back to normal again, but he cannot afford her treatment.


An old photo of Anwesweta

“Earlier, she never used to stop chatting – about her day at school, about movies and film stars, about music – but now we only get one-word replies from her whenever we try to talk about anything interesting to cheer her up,”-Krushna Chandra Maharana, father of 14-year-old Anwesweta Maharana.

In just a matter of days, this active girl became morose and bedridden

Last month, when Anwesweta told her mother, Prabha, that she had been bleeding for more than a week on her period, her mother did not think much of it. But right after that, within hours, Anwesweta fainted and her face looked very pale. Her parents took her to a government hospital near their house in Bhubaneshwar, where she was admitted for 5 days. But her bleeding never stopped, and the doctors could not diagnose her condition. Unfortunately, she developed a pelvic infection and had to be transferred to a private hospital in Bhubaneshwar itself, where she was finally diagnosed with aplastic anaemia, a rare condition in which the body stops producing new blood cells.

“My little girl had to go through a lot of difficulties – she complained of nausea and would faint every 10 minutes. She couldn’t get up from bed to even go to the toilet. Though her bleeding was controlled immediately by injections, she was still weak and did not utter a word for days. We feared for her life seeing her pale, unexpressive face.”-Krushna Chandra Maharana.

A ‘Straight A’ student, Anwesweta wants to go back to school but her condition does not permit it

The doctors have told Anwesweta’s parents clearly that she needs to stay in a sterile, clean environment while her treatment is going on, in order to prevent catching deadly infections that can be deadly at this point. As her own house is filled with pet cats, she is currently lodged in a clean room at her uncle’s house. She misses her pets and parents badly, but cannot do anything except lie down and hope that a better time will come. But most of all, she longs to go back to school and do well in exams, like she always did. But all that is a distant reality now, given that she has to undergo treatment for a long time to recover.

This poor father has exhausted all the money he borrowed, is struggling to continue her treatment

Krushna Chandra used to earn Rs 10,000 a month teaching contemporary dance, but of late he has not been able to take many classes like before, owing to his daughter’s health. He had to sell his wife’s jewellery and empty his life’s savings for the several blood tests and subsequent blood transfusions that his daughter needed to survive. But now he is left with nothing to start her on comprehensive treatment that she needs to battle aplastic anaemia, before it becomes deadly and takes her life.

Answesweta is suffering from severe aplastic anaemia. She needs weekly blood transfusions and immunotherapy to battle her condition and stay alive. Her father is struggling to keep up with the expenses and needs financial support to save his only daughter.

Your kind contribution can help Anwesweta be healthy and normal again

UPI: rzpy.givetomlpanweswet003@hdfcbank (Copy to clipboard)
Or
Click here to read the instructions before you make a bank transfer. 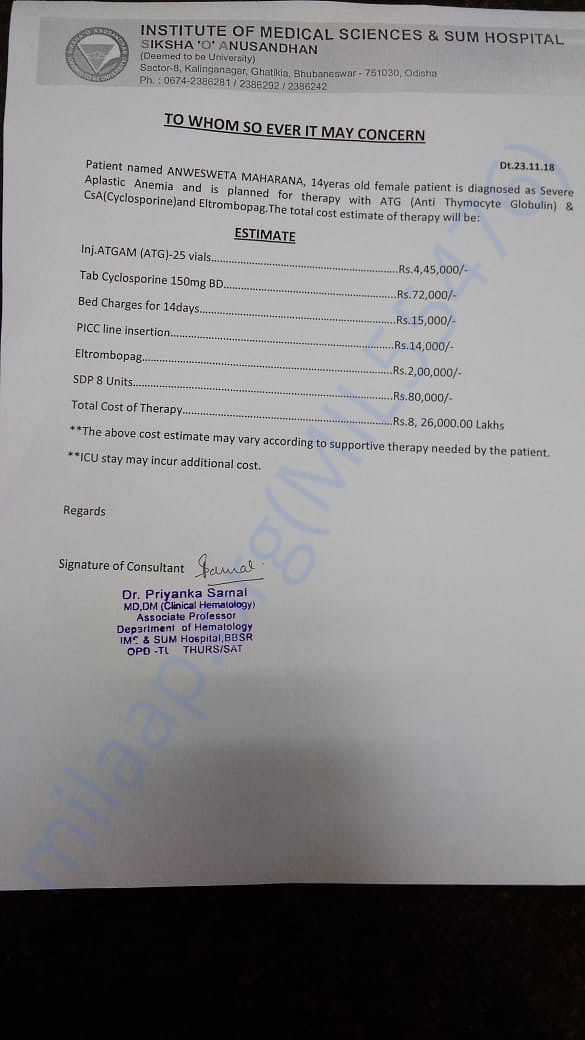 UPI: rzpy.givetomlpanweswet003@hdfcbank (Copy to clipboard)
Or
Click here to read the instructions before you make a bank transfer.

Thank you for the support towards Anwesweta. She is at home and is recovering well.

You are sending a message to
Suraj Kumar Nanda
Go back 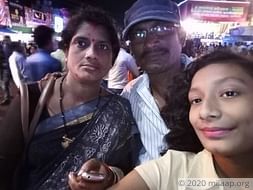