8-year-old Fears He Might Suffocate To Death Due To Cancer | Milaap
This is a supporting campaign. Contributions made to this campaign will go towards the main campaign.
This campaign has stopped and can no longer accept donations.
Milaap will not charge any fee on your donation to this campaign. 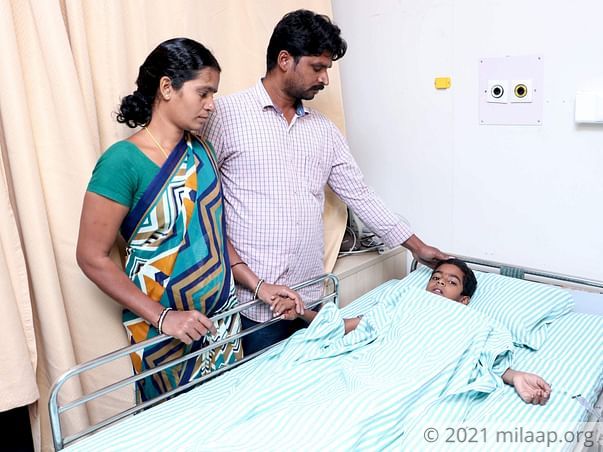 When a 4th standard child, like Kalyansai, seems like he has a stuffy nose, a parent would surmise that he has a cold. Eswaramma also thought as much, until Kalyansai woke her in the middle of the night, crying his eyes out because it felt like he was being suffocated. ‘I can’t sleep, Amma! I can’t breathe!’ he screamed. Eswaramma knew in that minute, that this was something else. However, she never thought that the real issue would be cancer.

It started with losing his appetite. He also withdrew into himself, rarely spoke to anyone. He stopped playing hide-n-seek with his friends, after school. Kalyansai could only say that he could not breathe. The truth is that his throat felt constricted. He could not swallow or speak without feeling pain. That night, Kalyansai was afraid he would suffocate to death if he tried to sleep.

“We had to take him to a hospital in Bangalore at the time. I knew it was not good news when they kept doing so many tests. I thought it was some lung issue. I refused to accept when the doctor told us he has a cancerous tumor in his head.”

'If we wait, it will spread. If it spreads, he will die.'

Kalyan has Rhabdomyosarcoma. The tumor is at the base of his skull and can easily spread to affect his brain. It affected his ability to breathe. Over the past few weeks, he has even lost the strength to stand or walk by himself. He is confined to the hospital bed and is undergoing chemotherapy.

“We have told him it is a fever. I do not how to explain ‘cancer’ to him. On the good days, he plays with a ball and roams around the hospital. On days when he feels extremely weak, he just lies there, not speaking, not moving, hardly even breathing. It is scary.”

'We started his treatment, now we have no money to finish it'

Simhachalam, the father, is a farmer who makes Rs. 250/day to feed a family of four including his 6-year-old daughter. After his son’s diagnosis, he borrowed Rs 1.5 lakh from his friends and relatives. He has exhausted all the money and is unable to even afford food in Bangalore.

“His treatment will cost Rs. 12 Lakhs. I am struggling here for Rs. 10. I cannot just take him home and watch him die. He is 8 years old. He should live until he is 80 at least. We can only pray to God and people, to help us save him.”

Unable to go home and back to school as he hoped, Kalyansai is now staring at the empty hospital walls. He is scared and wants to be in his parents' arms all the time. Simhachalam and Eswaramma are afraid they may have to stop treatment and lose him if they cannot arrange for funds. 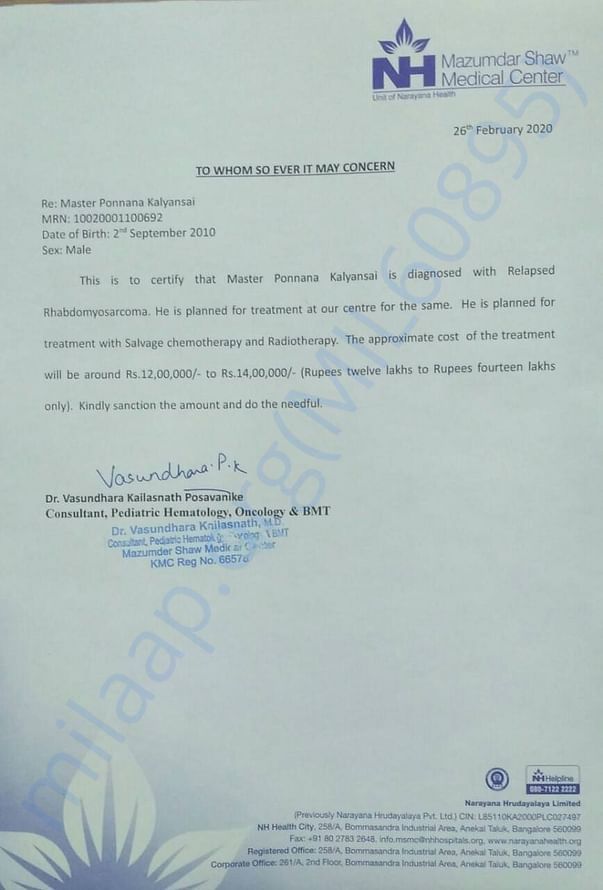 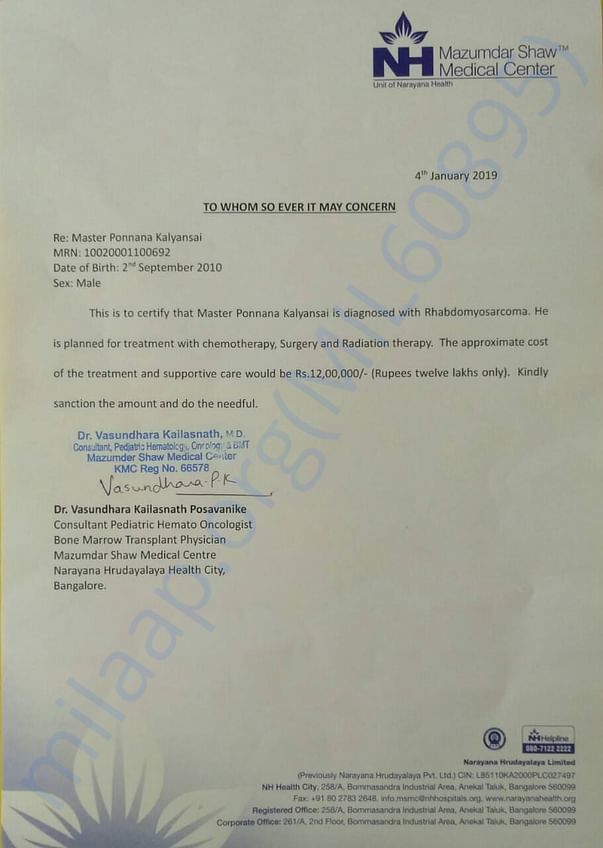 It is with a heavy heart we inform you that my son passed away. Please pray for his soul to rest in peace.

All the funds raised were utilized towards his medical expenses. 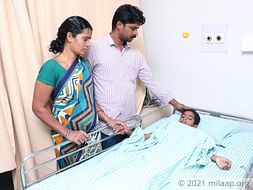