Help Uma Fund the Education of Underprivileged Children | Milaap
This is a supporting campaign. Contributions made to this campaign will go towards the main campaign. 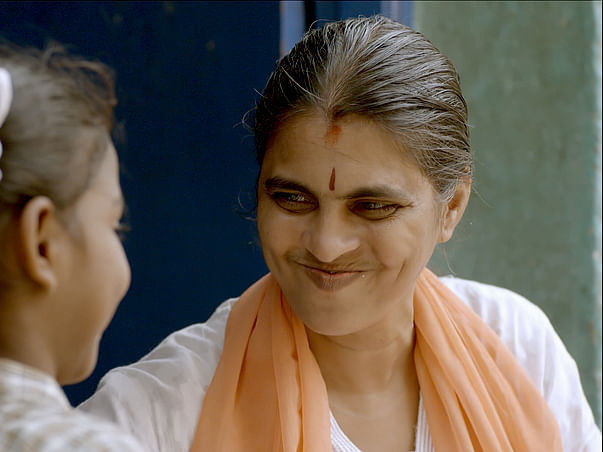 Uma, the person behind  Suyam Charitable Trust, an NGO that is responsible transforming the lives of many children trapped by child labour by enabling them with education!

Uma’s journey began when she was just 12. Uma’s mother was a government school teacher, giving Uma a chance to interact with slum kids. A bright child, Uma started teaching mathematics to these kids. Muthuram and few other friends also pitched in in this noble deed. Uma and Muthuram met in school when they were just in class 1 and had no idea that they would become soulmates in the future.
By the time she was 16, she was addicted to her passion of helping others. Uma would visit camps for cataract operations for the poor and elderly people, blood donation camps and those for accident victims. She attended to thousands of patients in such camps.
In 1997, when Uma was studying M.sc. Mathematics, she got a call from one of her journalist friends about a 16-year-old boy, Mahalingam, from Ambasamudram village in Tirunelveli.
Mahalingam came from a financially poor family where he was the only boy among his 12 siblings. To support his family, he started working in a unit that manufactured bronze lamps during the holidays after his class 10 exams.
Once, when he was cleaning the compressor, which was filled with heated bronze particles, someone switched it on by mistake. The molten bronze burst out on his face, and as he opened his mouth in pain, the molten metal went through his mouth and burned his food pipe and respiratory system.
He was admitted in the government hospital in Tirunelveli where the doctors gave him basic first aid and sent him home with a food pipe inserted in his stomach to feed liquid food for survival.
Uma immediately shifted the boy to her home in Chennai. After requesting almost 100 doctors for help, Dr.J.S.Raj Kumar, chairman of RIGID Hospitals in Kilpauk, Chennai, operated on the boy for free. It took a total of 13 surgeries, and through it all, Uma took care of Mahlingam.
She would visit the hospital regularly and teach Mahalingam mathematics. He even travelled by ambulance to write his class XII exam, and cleared it. Today, Mahalingam has done his masters in economics, all with Uma’s help, and has a happy life with his wife and daughter.

Just after Mahalingam, in 1998, when Uma was 22, Uma rescued a 5-year-old boy who was on the verge of being sold by his father. It was after this incident that Uma felt the need to register for an NGO, so she could help more children trapped in child labor. She and her friends registered Suyam Charitable Trust in 1999. Muthuram and her shared a common passion and later married to help these kids together.

Their first group was the children who were forced to beg and live on the streets. Soon they met children like Jayavel and Dhanraj, who had been begging on the streets if Chennai, while documenting the condition of street kids in Chennai.
Under their wing, the Dhanrajs, the Jayavels, and many more such students are pursuing their college education, many others are in queue to clear their class 12 and hundreds are watching their seniors rock at studies.
In 2003, Suyam Charitable Trust started the Siragu Montessori school for these kids, and in no time, the number of children enrolled increased from 30 to 300. Today, they help fund the education of hundreds of underpriviledged children and give them hope for a better future!

Help Uma in her quest to provide education and care for thousands of underprivilged children across Chennai.

Happy birthday Hridaan Kutty..Hope you too understand the value of "co-existence" happily by sharing love and help other human being around you. Love you Kutty. Our very deep beloved blessings to you and your curious future years ahead..

Happy birthday Hridaan Kutty..Hope you too understand the value of "co-existence" happily by sharing love and help other human being around you. Love you Kutty. Our very deep beloved blessings to you and your curious future years ahead..

MS
You are sending a message to
Madhusudhan Shyamlal
Go back 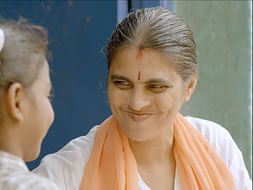