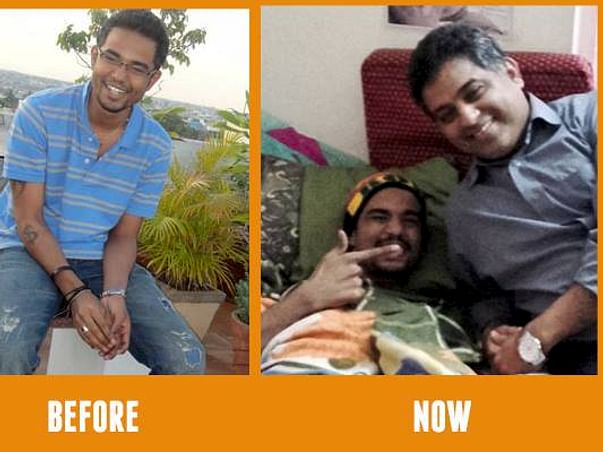 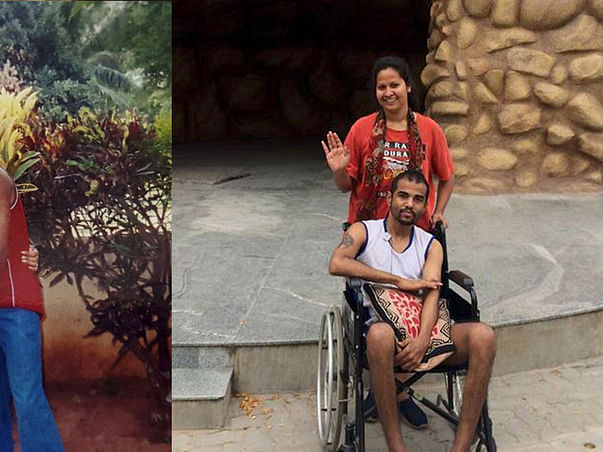 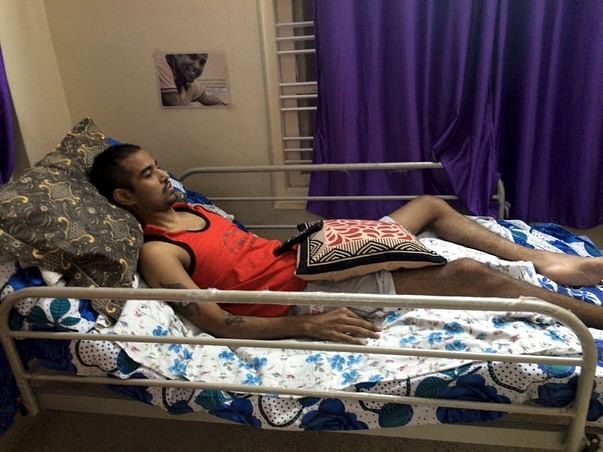 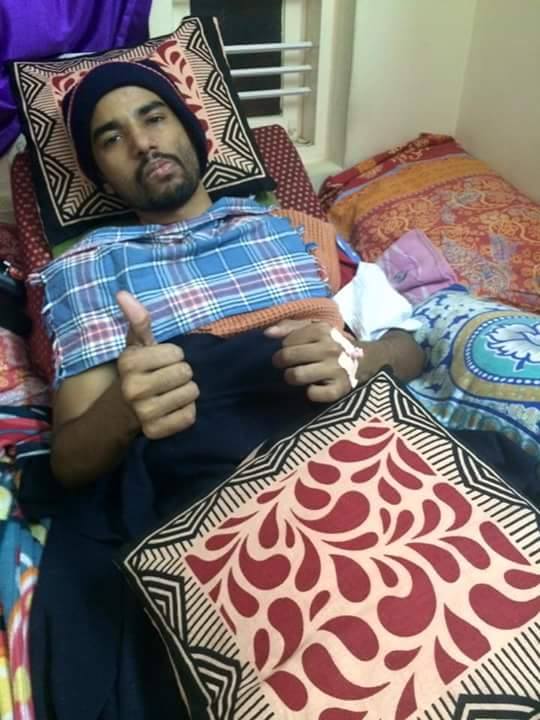 I am  fundraising for my best buddy Luelin Leo.

Luelin was an excellent sportsman and a fun loving boy with the prospects of a bright future when he was diagnosed at NIMHANS with  Multiple Sclerosis at a young age of 23 ,May 2012.
Multiple sclerosis is is a disease of the nervous system in which the myelin sheath of neurons is damaged.This damage impairs the conduction of signals in the affected nerves. In turn, the reduction in conduction ability causes deficiency in sensation, movement, cognition, or other functions depending on which nerves are involved.
It came as a shock to everybody who knew him. He had won several competitions in various athletic events representing the Sports Authority of India and representing the district in Football as a part of a championship winning team.
He was advised to take Avonex. He used to take it once weekly for 10 months which costed Rs 10,000 for one injection.
In October 2013, there was further worsening needing mild support to walk, associated with slow speech.For this he consulted and was advised totake T Methylprednisolene to which he poorly responded. Again he took Avonex 50mg BD for 6 months.Since his parents could not afford the costs for his treatment, the medications were stopped.He was tried on with Ayurvedic and Homeopathic medicines.He also developed reduced movements on left side.
Since 2013 till day, he is bedridden and he is completely dependent on care givers.Today all he can do is move a couple of fingers and cannot sit up or go to the bathroom without assistance.
Now he is advised to take Natalizumab injection -required for his treatments which costs about Rs 80,000 per month excluding tax and he is required to take it for three next year’s.Apart from this there are other medications like speech therapy and physiotherapy and hospitalization costs that are involved. 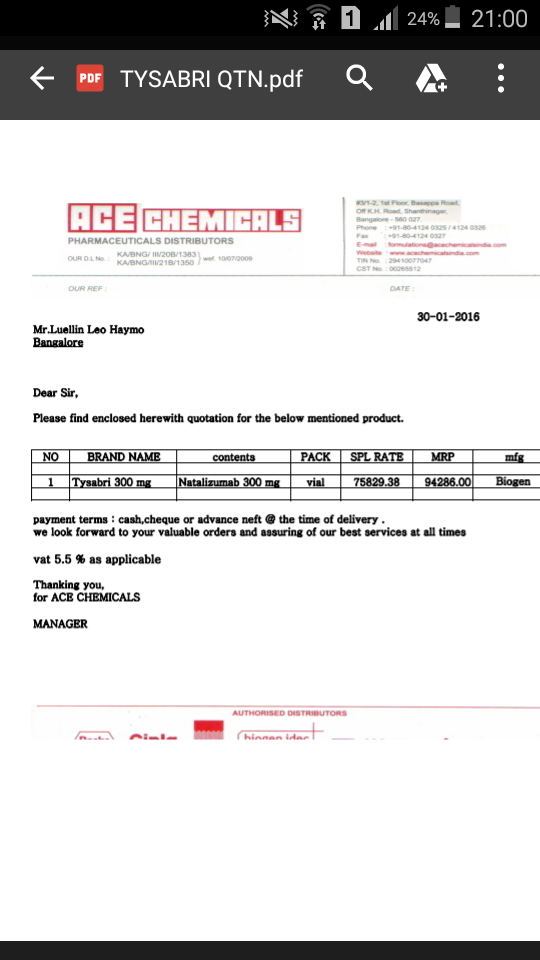 We humbly request that everybody join hands together and donate whatever is possible to help this young boy walk again. Every small contribution will definitely help the family.

The funds raised would be used for his injections , his therapies and other medical expenses

Ask for an update
Dear Supporters,
Here is an update on Lulu's health.

Lulu's condition had deteriorated in the month of Jan. He was in ICU for a couple of days and was running a temperature of 205F. He was admitted to NIMHANS during this time.

He started taking injections and medicines again in April when his condition became a little stable. The physiotherapy will continue until he recovers and starts limb movements properly.
Thank you so much for coming forward to help him. Please share the campaign and pray for his speedy recovery.

Good news. After continuous physiotherapy, Lulu has shown progress in the movement of his left arm. The speech therapy and injections are being taken as per schedule, but only his arm  movement is better.

Because the speech therapy was very expensive, Lulu's father himself has started helping Lulu with speech at home.

We are still only halfway through the campaign target. We request you to pass on the word about this campaign in your networks.

Let's continue to pray for Lulu's health and hope that he becomes stronger in time. 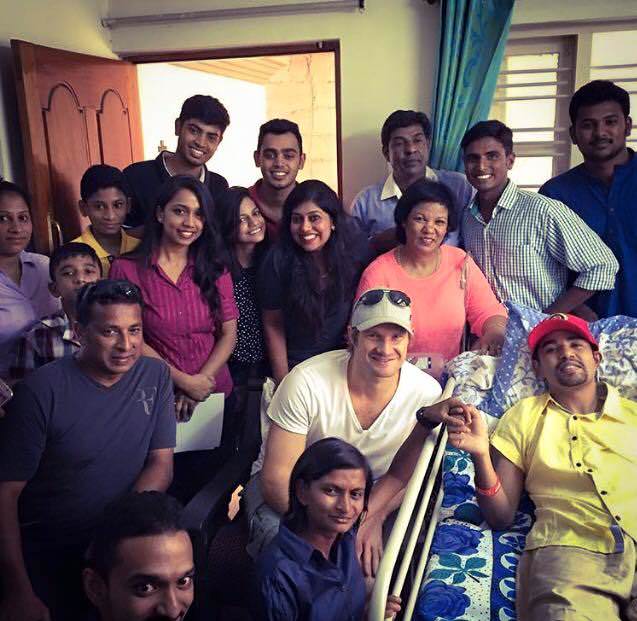 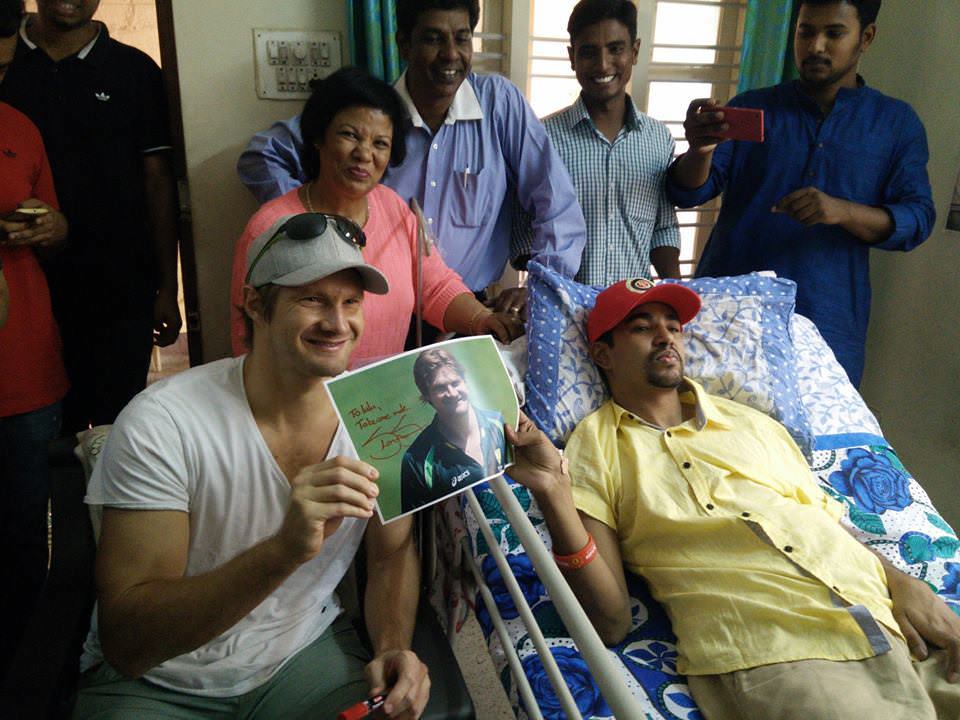 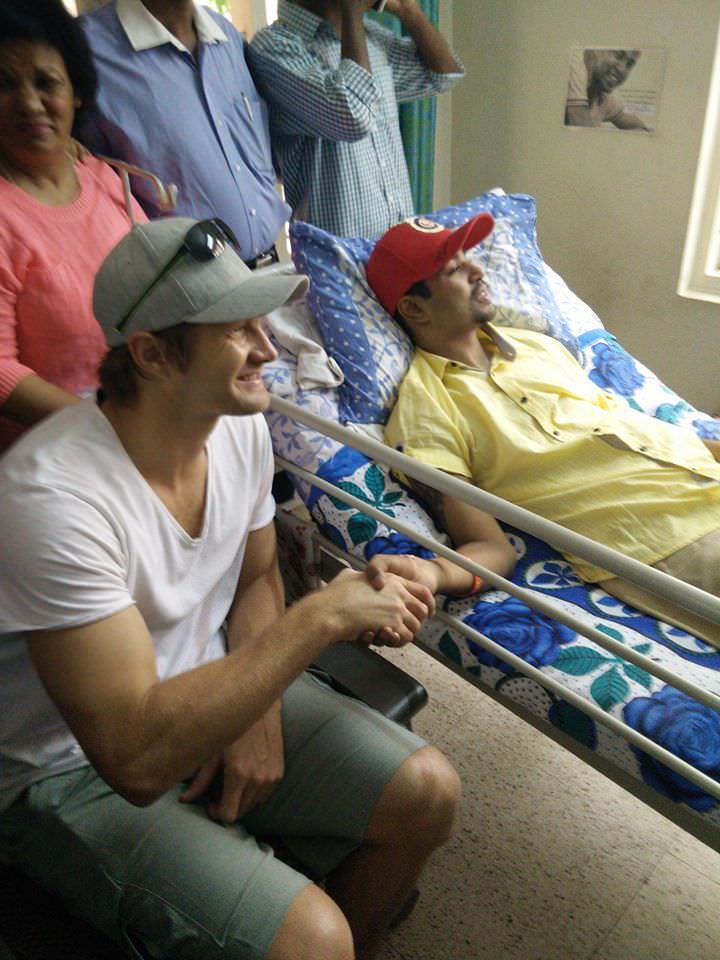 We have some really exciting news to share!
Guess who showed up to visit Lulu!

Shane Watson. Yes, the Australian all -rounder and RCB player
Shane Watson.
We are all super excited. Here are the pics from the visit.

"Just met a very courageous young man, Lulu, who was diagnosed with Multiple Sclerosis three years ago. Incredible to see Jude Felix, Indian hockey legend, and the local community coming together to help Lulu fight his battle," Shane posted on his page.

Please remember Lulu in your prayers and keep the support and love coming.

Thank you all for your awesome support.
Load more
Donate
OR

Facebook
Report fundraiser
Know someone in need of funds for a medical emergency? Refer to us
Rs.492,322 raised

You are sending a message to
Rupert Fernandes
Go back 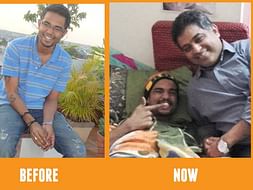