Help Us In Building Libraries Across North-East India | Milaap
This is a supporting campaign. Contributions made to this campaign will go towards the main campaign.

Help Us In Building Libraries Across North-East India 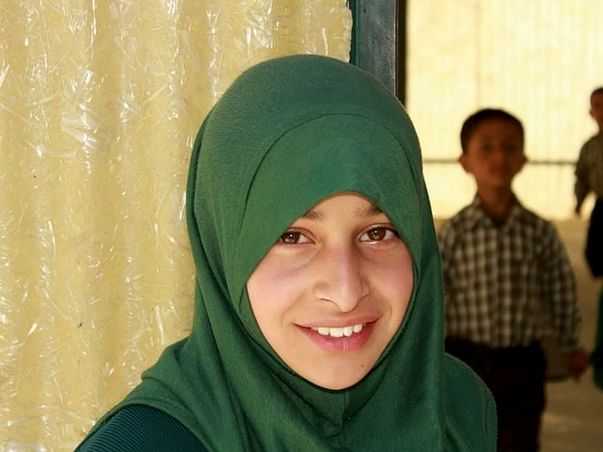 Sarvahitey is an NGO, registered in Delhi, successfully running projects in Delhi NCR, Himachal, UP, Bihar, Odisha, Assam, and Nagaland. We have two major projects: Vidya Vistar (VV) and Project Paper Bridge. Under VV we provide education to underprivileged and marginalized children. Project Paper Bridge focuses on setting up libraries across the length and breadth of the country. It is our most ambitious project so far which aims at sewing India in one cultural thread.

Under ‘Project Paper Bridge’ we plan to open 1,000 libraries. These libraries would include building new ones, and reviving old ones which have gone through wear and tear over time. We will have these libraries all across India, with a focus on geographically and culturally isolated communities.

At present we have six running libraries at different locations --  one in Himachal, one in Haryana, one in Odisha, and three in Nagaland.

For the next 29 months (by end of 2020), our focus will be on the North-Eastern part of India where we plan to open 97 more libraries. North-East for its geographical location has been removed from mainstream discussions for far too long.  We feel the need to reach out to people of North-East and begin a process of cultural exchange, which has either been absent or has never reached its full potential. For this reason we have decided to allocate 100 of our 1,000 libraries to the eight states of North-East: Assam, Nagaland, Meghalaya, Arunachal Pradesh, Manipur, Mizoram, Sikkim, and Tripura.

Modern libraries don't have to be the conventional spaces which only offer book lending services. The libraries need to adapt to accommodate the evolving requirements of the public it caters to.
If people are not reaching libraries, libraries should reach out to the people. Apart from books and magazines, libraries need to become a center for re-creational activities and workshops in order to attract more and more people.
Our plan is to fuel these libraries with used books. For this, we are conducting books donation drive in Delhi NCR, Bengaluru, Mumbai, Pune, Guwahati, and Kolkata. Organizations and people who have books which they don't need anymore can donate such books to us and we will send them to our libraries. Through this network of libraries we will be creating a 'Paper Bridge' which will bind various communities and localities in one cultural thread.

The setting up of a new library or reviving an existing one is broadly done in four stages.

Stage 2 - Adding computer which can be used to promote digital literacy as well as keep records.

Stage 3 – Stage three will be implemented subject to the community’s response and requirement. In this stage, a projector will be added which can be used to screen educational and informative videos. At times it can also be used by the community for screening of movies, matches etc.

Stage 4 – Volunteers from one librray would be invited to another located in a culturally and geographically different location, thus promoting a first-hand exchange of culture and ideas.

* Through these cultural exchange programs we intend to unify India culturally. This will go a long way in reducing prejudices against one another, breaking stereotypes, increasing tourism and investment and much more.

* We aim to bring different government and private organisations together for this project.

* These libraries will be owned by the communities and within 3-5 years of establishment of any library we expect the community to shift to management within the community.

* These Centers will start as libraries and develop into cultural centers.

The cost of sending one book (this includes collection, packing, and sending) from Delhi to Nagaland is Rs. 9-10.
The process of collection involves collecting bulk donations as well as individual door-to-door collection. After collecting, all the books are brought to our Noida center where they are sorted in various categories and packed. Each carton of books is waterproofed keeping in mind the incessant rains in the North-East India.
Our plan is to collect and send around 5,000 books every month which will cost about Rs. 50,000 p.m.


To set-up a library we need space/building, infrastructure such as bookshelves, tables and chairs, and books. We get the space from local community which is always forthcoming about the library in their vicinity. We have already received many such proposals. For infrastructure we approach the district administration which provides us with a few bookshelves. As these are very small libraries the administration generally doesn't have a problem in providing basic infrastructure. But we still keep a budget of ₹50,000 per library so that the library can be set-up in a manner that the local community can use it properly.


We generally have one resource per library whose salary is given either by a government agency (for example a PLV is appointed per library by Nagaland State Legal Services Authority) or the local community itself. Other than that we provide monthly subscription of newspapers, magazines etc. We also try to provide basic training to the person appointed to manage the library. It roughly costs around ₹5,000 per month.

Through this campaign we are aiming to raise 4 months of collection and transportation cost of books from Delhi-NCR to North-East. You can also help us by donating books (both old or new). For more details please drop a WhatsApp message on 8285423423.

UPI: givetosarvahiteyngo1@yesbankltd (Copy to clipboard)
Or
Click here to read the instructions before you make a bank transfer.

Ask for an update
Donated to this campaign via Paytm or bank transfer? Click here if you have not received an email confirmation from Milaap.
Thank you very much everyone for your contribution. We were not able to meet our target but your support has ensured opening of at least one library. It's only because of a partnership between you and us that books are reaching to the remotest corners of India.

Thank you so much for the love and support you have shown towards our campaign.

After we started this campaign, we managed to open 4 more libraries, 2 in Arunachal Pradesh and 2 in Sikkim. We have expedited the process a little and out next target is a library each in Kashmir and Meghalaya.

Sikkim Express covered the opening of 2 libraries. Keep supporting us and we will keep opening many more libraries.

The library we opened in Dimapur district jail couple of months back has shown some very promising developments. It was covered by NDTV this week.

We shall keep you posted.

GD
You are sending a message to
Gavin Dhillon
Go back 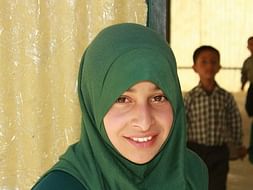 Help Us In Building Libraries Across North-East India