India's Sons A Documentary about False Rape Case Survivors | Milaap
This is a supporting campaign. Contributions made to this campaign will go towards the main campaign. 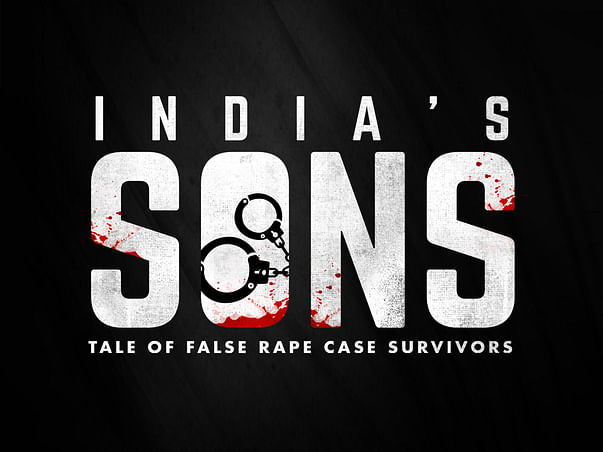 Should Men who spend considerable time in custody during trial but are honorably acquitted of a Rape charge be called Rape Case Survivors? ~ Additional Sessions Judge Nivedita Anil Sharma, June 2015

My name is Deepika Narayan Bhardwaj, an Independent Journalist and a Documentary Filmmaker. I am currently working on my second feature documentary film called "India's Sons - Tale of False Rape Case Survivors." It's a film that traces journey, ordeals and escapes of Innocent men who were falsely accused of a rape charge in India. The documentary aims to start a dialogue over misuse of rape laws and reveal the unsaid truth behind India's tag of a rape capital.

India's Sons - Tale of false rape case survivors, is a very important documentary detailing the trauma that a man and his family faces if he is falsely accused of rape, discussing the changes in laws and its repercussions post 2012 and the nexus that's slowly and steadily building up in the system to unabashedly exploit these stringent provisions meant to protect genuine victims. A false rape charge is the most devastating thing that can happen to an innocent person and there are thousands of such cases that are happening every year in India. The prevailing situation has made several judges pass stern judgments criticizing this injustice and some have gone on record to say that there are no laws to protect the honor and dignity of a man.

The film is currently under production. It's Directed by me, Co-Directed by Neeraj Kumar and produced by Sahodar Trust, an NGO for men run by Mr. Shonee Kapoor, a lawyer and an Entrepreneur (www.shoneekapoor.com) This crowd fund will help us with post production, marketing, screenings and distribution of the film and also take it to nook and corners of the world.

ALL DONORS - A BIG THANKYOU on our Social Media Handles, due credits as a donor towards the project on our website and in the film.

Donation Above INR 500 - ALL ABOVE and a private link to watch the film post official release.

Donation Above 50,000 - ALL ABOVE plus special invite as a VIP Guest for our premiere screening. You share the stage with us as we present our film to the world and we would thank you with all our hearts for your generous contribution (cost of travel to be borne by the donor)

Donation Above 1,00,000 - ALL ABOVE plus credits in the film plus a special Dinner with the team post Premiere Screening (cost of travel to be borne by the donor)

Donation Above 2,50,000 - ALL ABOVE plus a special thanks in the opening credits of the film.
More about the Project : www.indiassons.com
Reach out to us at: indiassonsfilm@gmail.com

About the Campaigner: India's Sons is second documentary feature by Deepika Narayan Bhardwaj. Her first feature was "Martyrs of Marriage" - a documentary film on misuse of IPC 498A, anti dowry law in India. The film was screened across various cities in India, Australia, UK and Dubai, Judicial Academies and even Courts. It was released globally on NETFLIX in March 2018 and is currently streaming on the platform.

UPI: givetomlpdeepikab@yesbankltd (Copy to clipboard)
Or
Click here to read the instructions before you make a bank transfer.

NP
You are sending a message to
Nitin Puri
Go back