Help this first-time parents save their premature baby boy | Milaap
This is a supporting campaign. Contributions made to this campaign will go towards the main campaign.
This campaign has stopped and can no longer accept donations.
Milaap will not charge any fee on your donation to this campaign.

Help this first-time parents save their premature baby boy 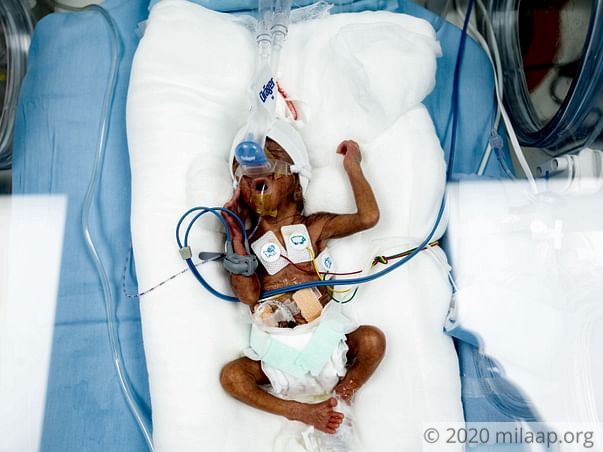 “After waiting for so many years, we were too excited to finally have a baby. When I rushed my wife to the hospital that night, both of us were desperately praying that nothing should go wrong. But it did, and now our baby is fighting for his life. Our prayers went unheard” - Anil, baby's father.

Their long wait did not have a happy ending

Doctors told the heartbroken first-time parents that it was a miracle their baby was born alive. His lungs are not entirely formed, and he has heart problems too, for which he is currently getting treated. Shockingly, their 8-day-old baby boy had three attacks of jaundice and is under intensive care. Due to his fragile health condition, their baby also needs blood transfusions.

Sreedevi and Anil have been married for 12 years and desperately waiting for a child. Finally, their dreams came true when she got pregnant with their first child. They were the happiest in the longest of time, but their happiness was short lived. Sreedevi had to deliver a premature baby in the sixth month of pregnancy and now their baby boy is struggling to survive.

“We had so many plans. We thought of names for our unborn baby. I always used to tell her, ‘if it’s a boy, we will name him Gopaiah, after my grandfather’. But even before we could hold him in our arms, he was taken into the NICU and has been there ever since.”

All their plans for their bundle of joy came shattering down when Sreedevi started bleeding and suffering severe pain one night. Anil rushed her to the hospital and they were told that Sreedevi went into labor early and the only way to save her was a premature delivery. She gave birth to their son under critical conditions and he was admitted to the NICU right away.

Despite her weakness after the delivery, Sreedevi insists on being around her baby

“My wife is devastated, it was impossible to get her to stop crying. Two days after her delivery she was discharged from the hospital. While she was still recovering, she desperately wanted to see her child. Four days later when I brought her here, she broke down in the hospital corridor itself, even before we could reach the NICU.”

The desperate parents are doing everything to save their baby

Their baby has tubes on him for antibiotics, fluids and nutrition. Seeing his tiny body covered in all these tubes breaks Anil. All Sreedevi and Anil want, is for their baby to survive this nightmare and go home with them, healthy. But the biggest hindrance in the way of his life is Anil’s financial condition.

“I wish I had some property to sell. I would have sold everything for his treatment, but sadly I’m not that rich. I have done everything I could to arrange the money needed, but now I don’t have any other source left.”

Anil works as a collection agent for a small chit fund company. While he earns Rs 20,000 a month, in the past few days, he has already spent over 30 times his monthly income, for medical expenses alone. He exhausted all his savings, sold his motorbike and borrowed money from relatives and friends to pay Rs 7 lakhs worth of bills for his son’s treatment. But now he has run out of sources to borrow money from and can’t pay for his son’s treatment anymore.

To save their only child, Anil and Sreedevi need your help. After longing for a child for so many years, they don’t deserve to lose their bundle of joy to lack of money. He still needs Rs 15 lakhs for his son's treatment and every contribution from you will make a big difference to their lives. 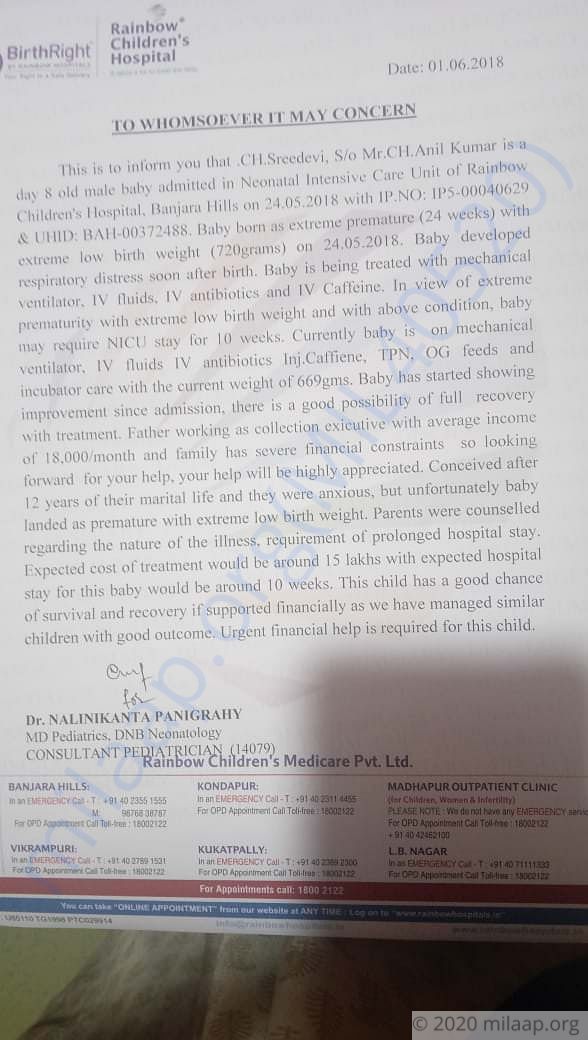 Baby of Sreedevi is doing well. Baby is recovering and is discharged from the hospital.

The baby boy had a high fever and due to the fever he developed an infection.  His heart and lungs are very weak right now.

He was on high frequency ventilator but has been shifted to a normal ventilator. His heart is still weak and he needs to be checked regularly for the same.

Do keep the baby boy in your prayers.

Baby of Sreedevi will be required to stay in the NICU for 3-4 weeks. Currently, the baby boy is on non-invasive ventilator, gastronomy feed and oral supportive medications.

There has been improvement but the family needs more funds for his treatment. Please donate and please share the campaign as much as possible!

You are sending a message to
Ashok
Go back 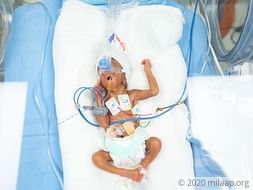 Help this first-time parents save their premature baby boy